Mongolian capital city is Ulaanbaatar and covers an area of 1,359 square kilometers. Mongolian population is about 3,300,000. About one third of the population lives in Ulaanbaatar. 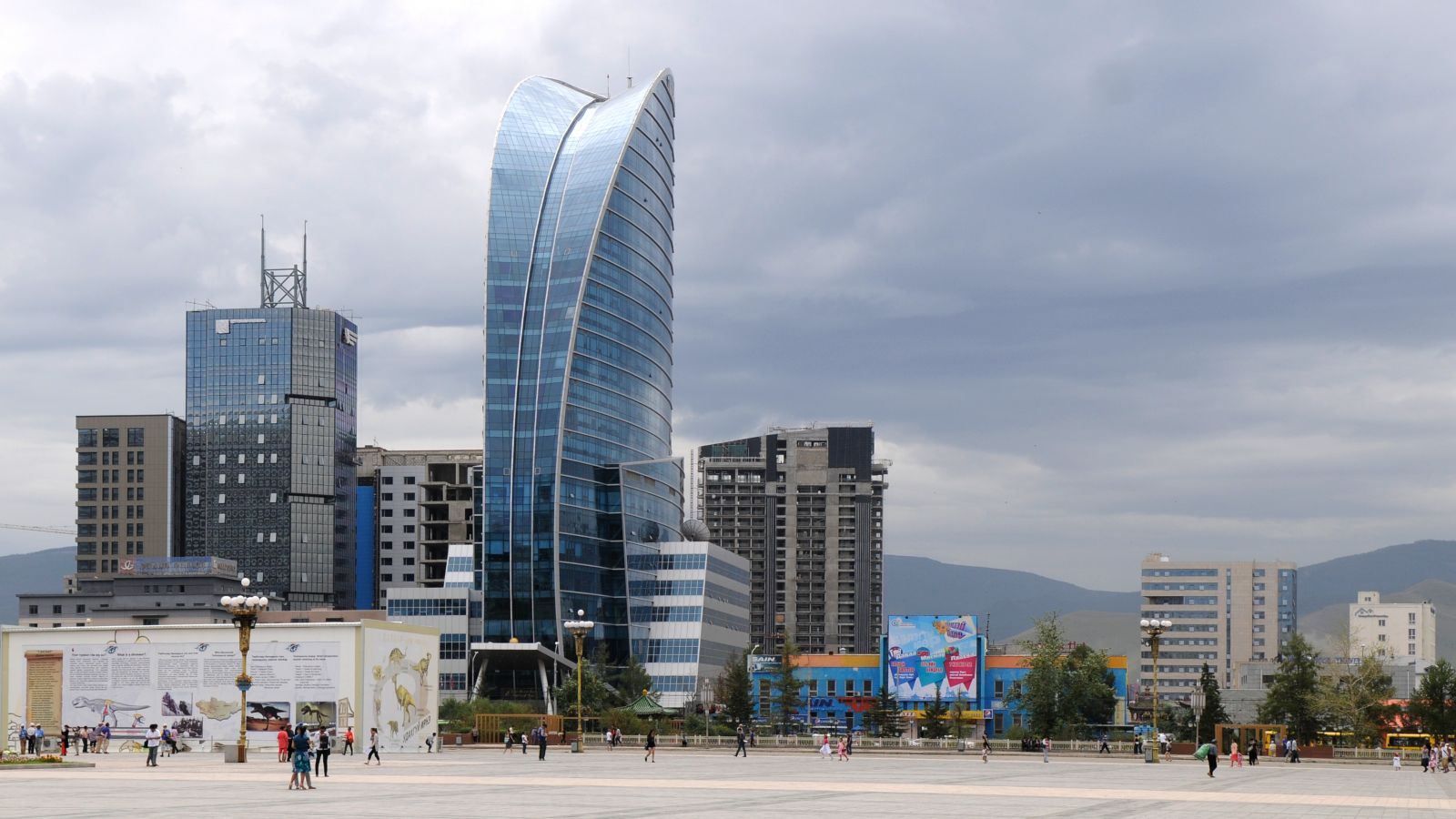 Mongolia is a landlocked country of mountains, steppe and desert stretching over an area of 1,566,500 sq km / 604,830 sq miles. It is bordered to the north by Russia, while China forms the border to the east, south and west. In the south the GobiDesert covers more than a third of the country. Around 20% of the remainder is grassland steppe, and some 25%, principally the central, northern and western provinces, is classed as mountain forest steppe. Along the northern border is a large area of larch and pine forest which is essentially the southernmost reaches of Siberia. In central Mongolia the steppe rises to the Khangai mountain range with its highest peak reaching 3905m/12611ft. Mongolia’s tallest mountain ranges are in the far west. The highest, MountKhuiten at 4374m/14350ft is located on the border with both Russia and China and the western end of the in the Mongol Altai Tavanbogd. North of this range is a protected area known as the ‘Great Lakes Depression’ covering an area of 39,000 sq km/15,000 sq miles. This is an area of snow capped mountains and large saltwater and freshwater lakes set in a desert landscape. Politically Mongolia is divided into 21 provinces called aimags plus four independent municipalities which are also sometimes referred to as aimags. The aimags are further divided into 310 districts or soums. 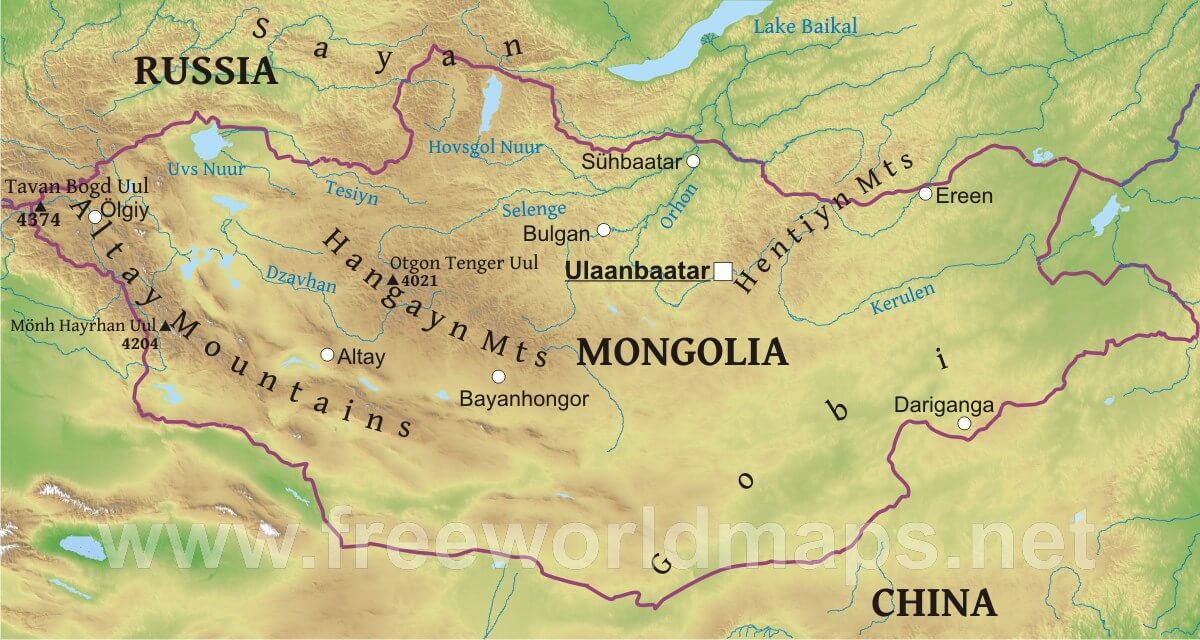 The time in Mongolia is GMT +7 hours

With an average 260 days per year of sunshine Mongolia is justifiably known as ‘the Land of Blue Sky’ It is however a land of temperature extremes. Without a nearby sea to moderate its climate, winter temperatures can drop to minus 50 degrees centigrade whereas summer daytime temperatures can rise to a pleasant 25 degrees. The summer is wetter than the winter but at this time showers tend to be brief and gentle. In the mountain areas weather conditions are similar to the European Alps – long periods of high pressure and stable conditions, followed by relatively brief storms. August usually sees the warmest conditions, zero degrees at night followed by calm sunny days of 20 degrees centigrade. However, weather in the mountains is variable and visitors are likely to encounter some rain and blizzards can occur at any time of year.

Mongolia is parliament governing with the president democratic country. The main political administration is State Conference known as Ulsiin Ikh Khural consists of 76 members. The parliament and president election held every 4 years in whole state. The executive department is the government which consist of ministers. And the government establish by the State Conference.

It is not normally possible (and it is certainly not necessary) to purchase Mongolian currency outside the country. Your travel money should be carried in the form of cash in USD or EURO. Money can be exchanged at the airport on arrival and at your hotel in Ulan Bator. Cash advances can be made on credit cards in all hotels and VISA ATM machines are available in some locations in Ulaanbaatar.

The official language is Mongolian which Altai language family (known as MONGULID). Mongolians can be subdivided into more than 20 ethnic groups. They are distinguished by their individual customs and dialects. The largest group Khalkh speak Mongolian and western Mongolian speak Kazak and Tuva languages.