The Eagle Festival is held during the first weekend in October, run by the Mongolian Eagle Hunter's Association. Dark, rocky mountainous terrain forms the backdrop to the festivities, which incorporate an opening ceremony, parade, cultural exhibitions, demonstrations and handcrafts in the centre of the town of Ölgii, followed by sporting activities and competitions 4 kilometres (2.5 mi) outside of town towards the mountains. Dressed in full eagle hunting regalia and mounted on groomed decorated horses, the entrants compete for the awards of Best Turned Out Eagle and Owner; Best Eagle at Hunting Prey and Best Eagle at Locating Its Owner from a Distance. Other sporting activities include horse racing, archery and the highly entertaining Bushkashi - goatskin tug of war on horseback.

The Eagle Festival is featured in the 2016 documentary The Eagle Huntress, in which the 13-year-old Kazakh girl Aisholpan becomes the first female to enter and win the competition.

A smaller festival, the Altai Kazakh Eagle Festival, is also held each year in the nearby village of Sagsai in the last week of September. It follows much the same pattern as the larger Golden Eagle Festival, with about 40 eagle hunters participating.

Tour can be combined with other destinations depending on your interest. 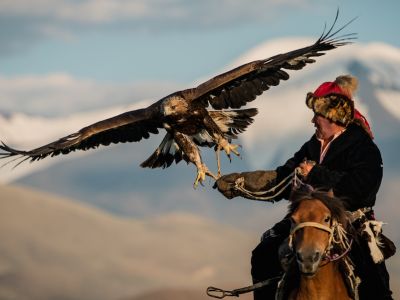 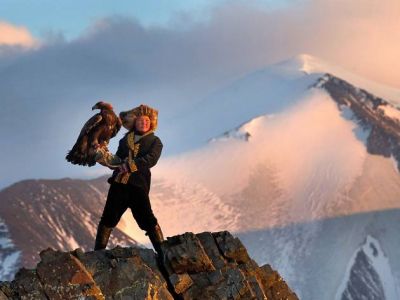 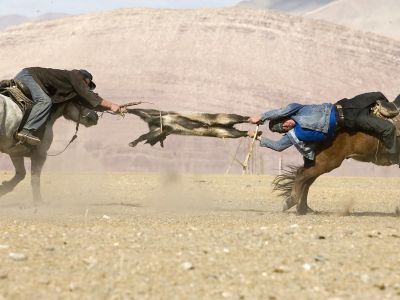 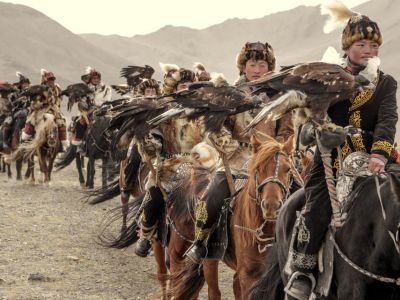