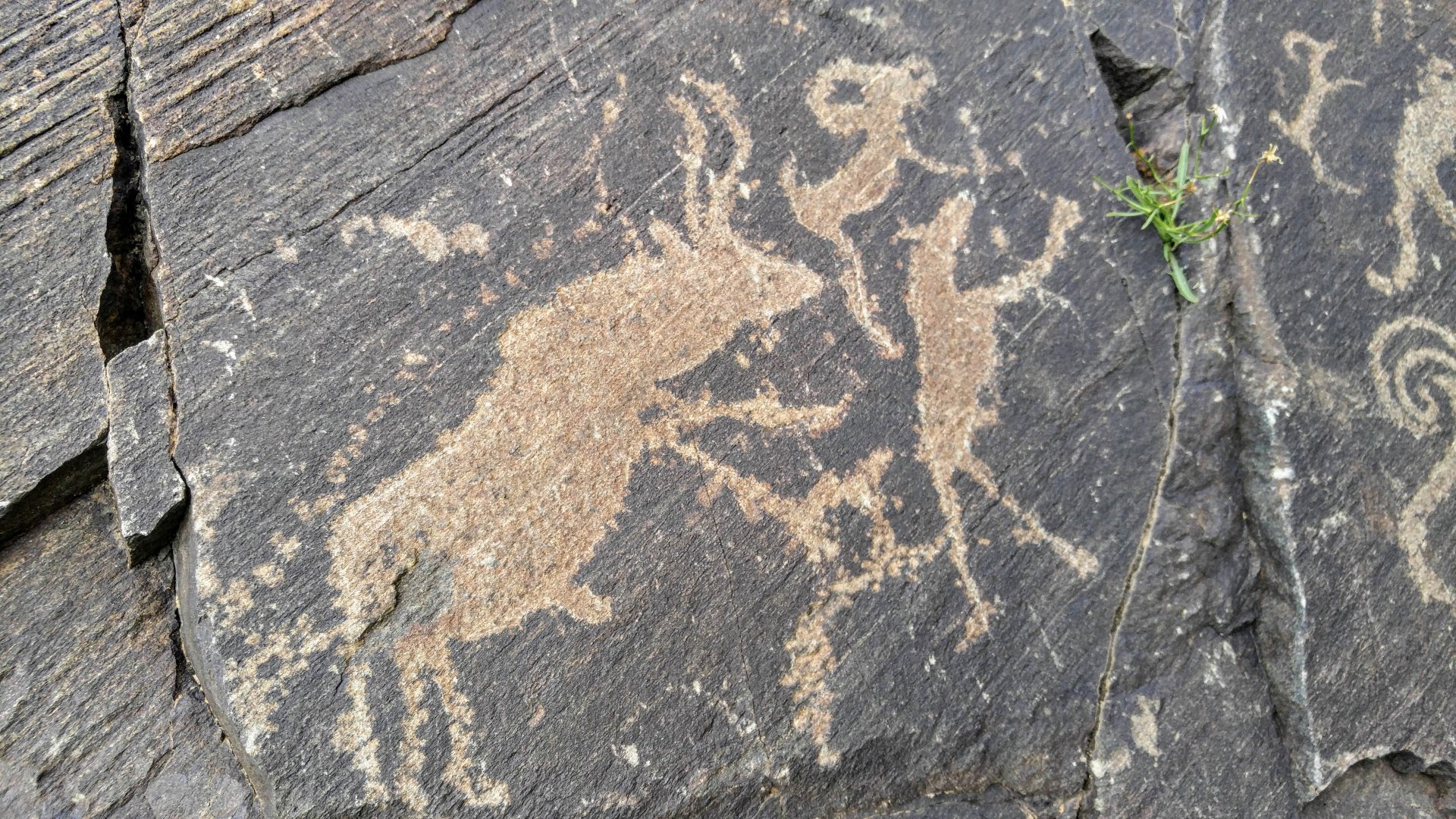 About 4 km north of the Khoid Tsenkher Cave, there is a local nomad's winter camp. The locals call it "Nukhen Utug". There are numerous paintings on the rock. The petroglyphs continue for about 1.5 km with a slight interruption in the middle. The petroglyphs are located at an altitude of 1772 meters above sea level. Petroglyphs at Nukhen Utug are characterized by a variety of animals. These include ibex, carnivores, deer, foxes, jumping rhinos, and people walking on the rocks. At a considerable distance from these images, two ibex, an unknown animal, a modeled camel, and three ibex are depicted facing north and south. There are many animals carved on another rock. These include a bull with a large horn and a carving procreation symbol below it. This picture is very interesting. This is because the "symbol of procreation" or the oval depression is often depicted in Paleolithic petroglyphs. At the bottom of the picture are carved images of huge horned ibex, walking cattle, predators and a hunter. Also, 9 people with bows and arrows and 8 small ibex were shot on a smooth rock. It also depicts five men with bows and arrows shooting two ibex from half of the rock. Therefore, these images are important evidence for re-examining the history of Mongolian hunting. 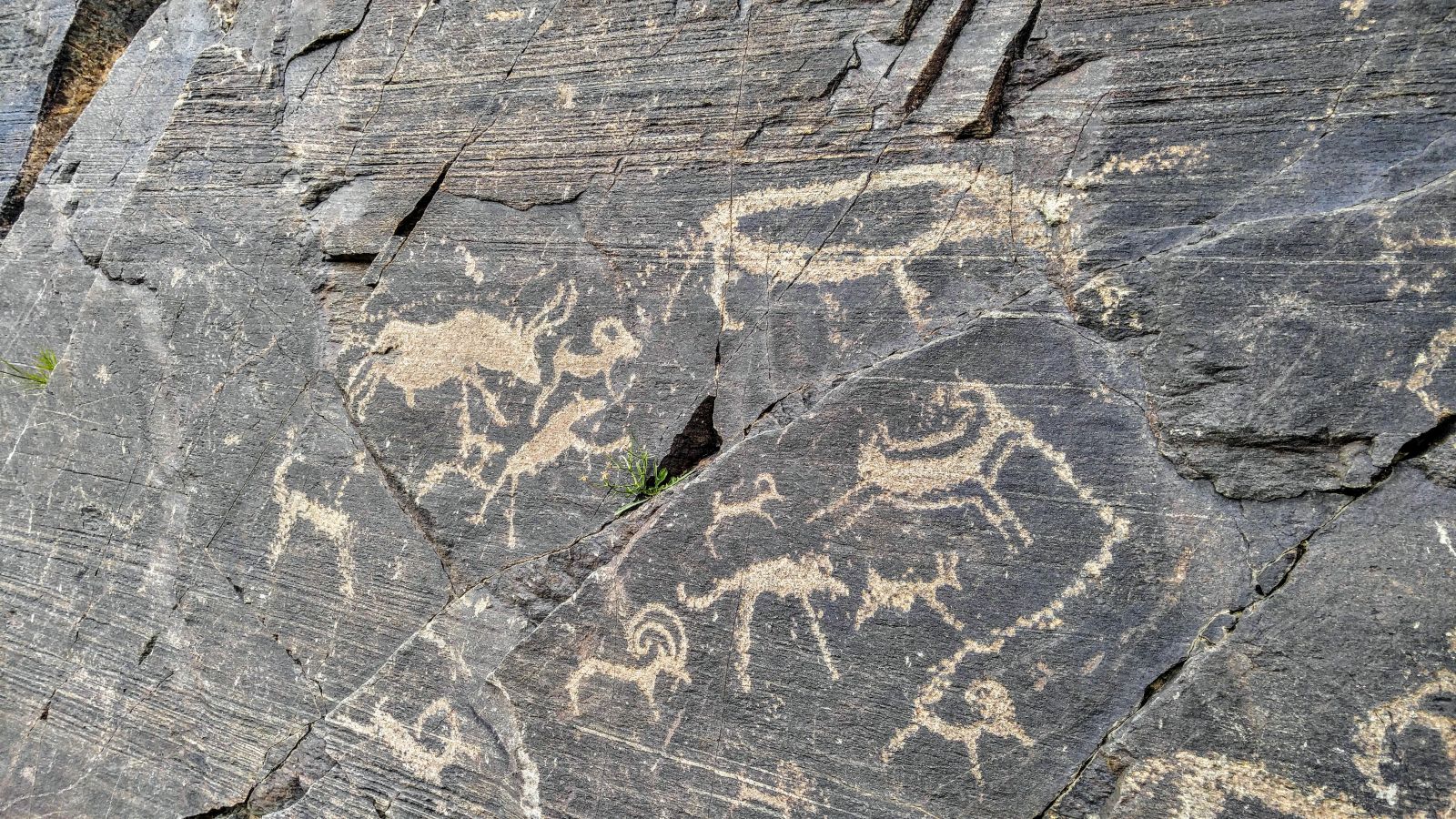 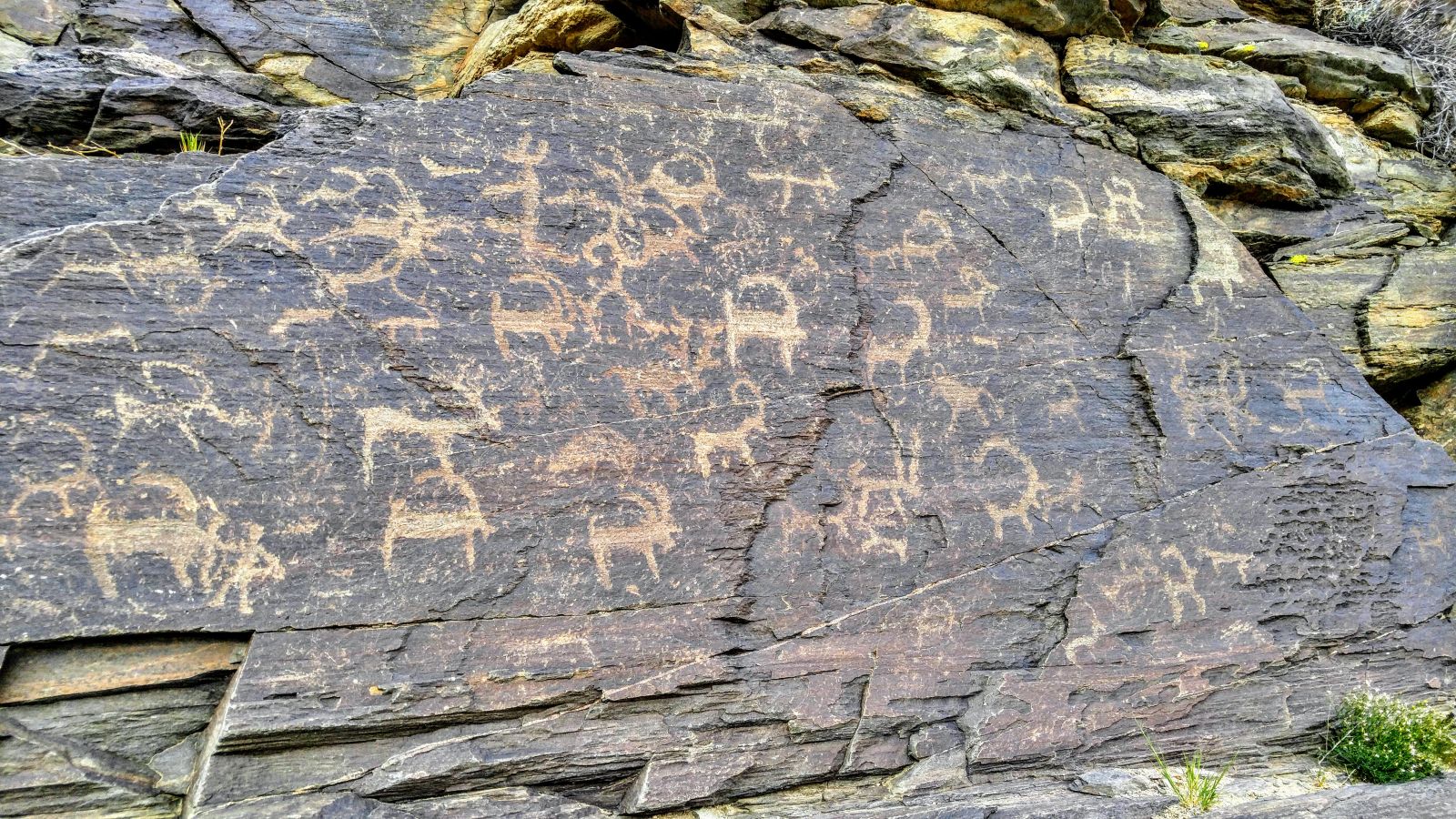 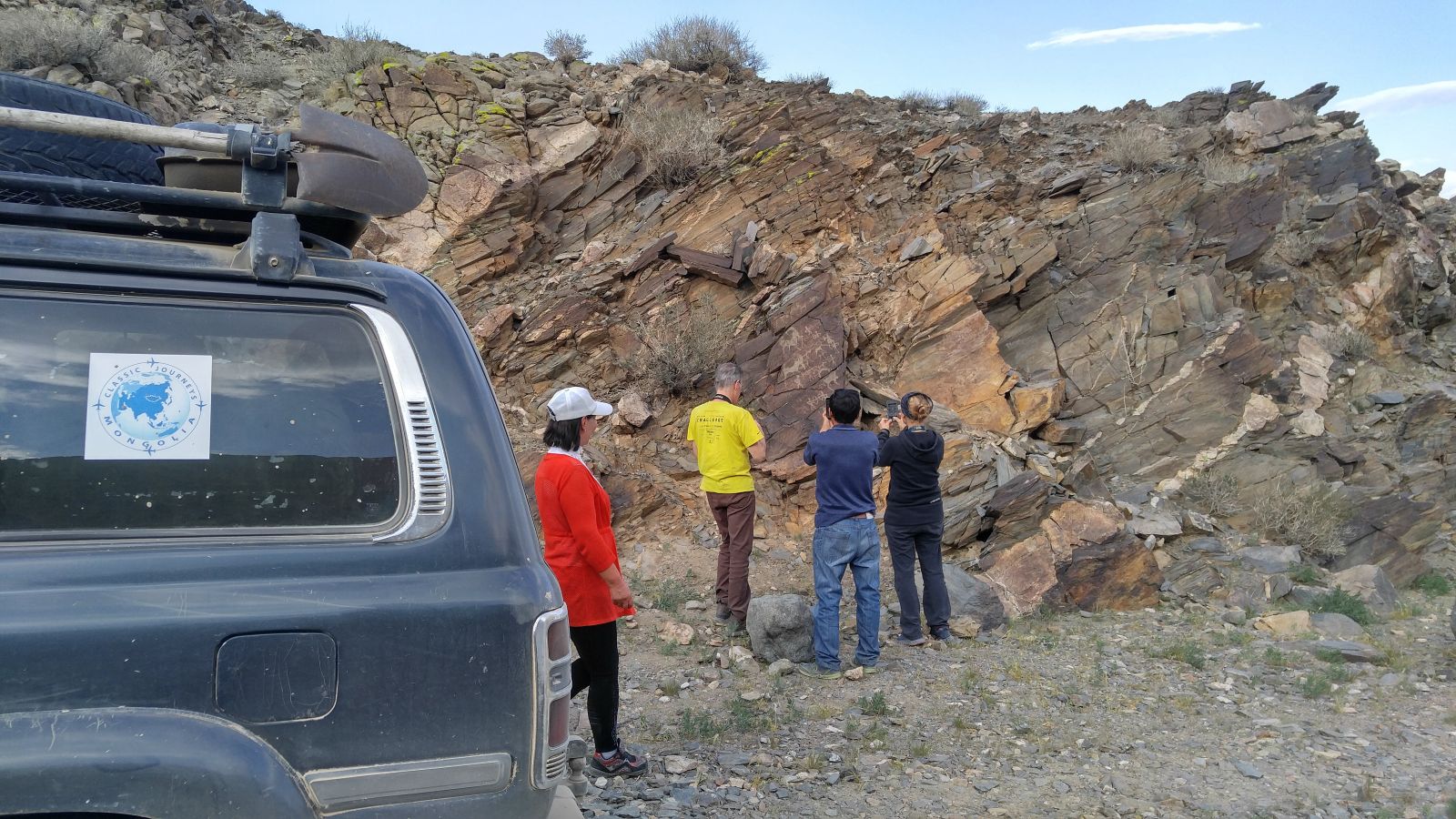