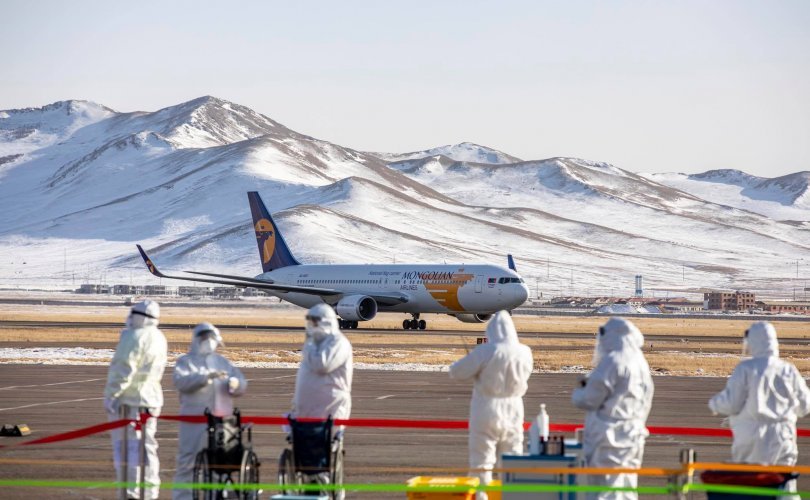 How is it that Mongolia, a land that borders China and one of the likeliest to be a country where the disease would spread quickly and viciously, still has only four confirmed case of COVID-19, three of which were just announced today? Well, they acted quickly.

The first case, detected just last week on March 9 was made public when a French national who entered the country for work purposes began to show symptoms while in Dornogobi province.

Landing March 2 on an Aeroflot flight from France, transiting through Moscow, it was five days before he showed symptoms of the virus, eventually testing positive for COVID-19 in the province, near the border with Inner Mongolia, China. He remains under isolation in the National Center for Communicable Diseases in Ulaanbaatar, where he chose to remain for treatment and is reported to be in stable, healthy condition.

Of the 207 people who came into contact with the first infected case, all have tested negative for contracting coronavirus and local Mongolian news agency Montsame reported that “two citizens who have been in close contact with the French national have also left the territory of Dornogobi aimag despite the recommendations sent from a health organization. The members of the State Emergency Commission noted that the two citizens will be held legally responsible for their actions.”

This statement quickly makes you realize that the Mongolian government is taking things seriously. Very seriously.

But, despite that, it was too late. He was already in the country, escalating tensions between locals and the foreigners who call the country home. (Tensions have since calmed and locals have nicknamed him “Ankh-Otgon,” or “First-Last.”)

Unfortunately, he was not the last. Three new cases were announced today from three passengers aboard special chartered flights returning Mongolian citizens living and studying abroad from France and Germany. The passengers were placed into isolated quarantine upon landing in Mongolia, where they tested positive. They’ve started to receive the necessary treatments.

But even before these cases were detected, and before the WHO declared a pandemic, warning that government systems need to be “urgent and aggressive,” Mongolia did just that. And they did it surprisingly well. And that’s proving to be the best thing any government can do to protect its people right now.

I’d be remiss if I didn’t fail to mention it doesn’t hurt that with temperatures well below freezing, people are mostly covered up in layers from head to toe. When temperatures begin to warm, it will be interesting to see if additional cases within the country start to surface.

Mongolia began taking precautionary actions back in January – they were the second country to close their borders with China.

Just a few weeks after the first case was announced in China on December 31, 2019 the Mongolian government announced they would be closing the borders with China on January 27. They were the second country to do so, after North Korea.

Continuous announcements canceling events across the country were made. All public events and gatherings through the upcoming weeks were now canceled, a major challenge with one of the most celebrated holidays of the year, Tsagaan Sar, or Mongolian Lunar New Year, quickly approaching in February. All of this pre-“social distancing.”

It was eventually announced that March public events would be canceled as well, including the official cancellation of the Ice Festival on Lake Khovsgol, the Winter Golden Eagle Festival, the camel festival in Umnugobi province and the Nauryz Festival nearer to the end of March. All of them major blows to the locals and the tourism dollars they rely on.

It was announced on February 19 that roads and other forms of transportation would be suspended or blocked over Tsagaan Sar (February 21-27) across six provinces to further enforce the need to self-isolate and not gather in large groups. A necessary action to keep the flow of movement limited over a holiday that holds significance in the country. Prior to the ban, traffic into Ulaanbaatar was monitored by stopping cars and requiring that all passengers have their foreheads scanned to detect an abnormal temperature. Something I myself experienced.

But not all public transportation was banned, within the capital the main bus lines were running, but were limited to running on “peak” hours. And even though in the U.S. the CDC advises that wearing a face mask isn’t necessary if you are not sick, they were mandatory while riding public transportation in Ulaanbaatar. Public officials and news broadcasters had even adopted to wearing masks through press conferences and news broadcasts.

A daily 11 a.m. press conference is still broadcast daily across local channels to update locals on any new developments that might develop each day. People are additionally handing out pamphlets in the street providing tips on how to stay healthy.

In a place where panic should have spread, grocery stores are still stocked with food (the exception being the day the case was announced, and price gauging happening mostly only on meat products – the availability and pricing since going back to normal). Toilet paper shortages never having been an issue.

Mongolia’s President Khaltmaagiin Battulga would be the first to visit China following the outbreak, meeting with Chinese President Xi Jinping and Premier Li Keqiang and presenting them with a gift of 30,000 sheep as a gesture of solidarity and support. Upon returning to Mongolia, the President voluntarily going into self-quarantine.

Around this same time period the U.S. Government listed Mongolia as a Travel Level 3 threat.

Flying out of Buyant Ukhaa (Chinggis Khaan International) Airport, masks were mandatory. There were no exceptions.

Leaving Mongolia, now almost two weeks ago (March 5), the seriousness of the quarantines and regulations didn’t completely phase me until I was told I couldn’t enter the airport because I wasn’t wearing a mask. I was not sick, but that didn’t matter. It was mandatory.

The additional security at the airport’s automatic doors, guarding the temperature takers in their hazmat suits, not budging on the issue until a mask was properly hooked around my ears, covering my mouth and nose.

Mask now donned and temperature taken and proven normal; I was free to leave the country. But, now having left, returning to Mongolia is no longer an option for the immediate future. And my future there – or really anywhere, at this point – is uncertain. The same for Mongolian citizens, who are being urged to stay in the countries abroad that they’re currently in.

On March 10 and 11, Mongolia suspended all inbound travel from outside countries until March 28, at the earliest. And, as of yesterday, March 15, my flight returning from Istanbul to Ulaanbaatar on April 4, a date after the current ban on incoming flights, has been canceled by Turkish Airlines. When asked when this route would resume, the Turkish Airlines customer service representative found the next available flight from Istanbul scheduled for May 2. I have little hope that this will be the case.

Travel on the Trans-Siberian Railway to China was suspended back in January thanks to the border closure, leaving passengers scrambling to make new travel arrangements from Ulaanbaatar. That suspension will continue through the March 28 suspension date as well.

On March 12, the U.S. Embassy in Mongolia announced voluntary evacuation flights (evacuation isn’t mandatory) to return to the U.S. As of this moment, the exact number, destination(s) and departure date(s) of these flights is not yet known, but what is known is that passengers will be responsible for the cost a ticket to board one of these specially arranged flights. That price, at this point, unknown.

As of today, roads have been reopened, but citizens entering into Ulaanbaatar are being asked to fill out a questionnaire answering the question of their physical condition and possible risk.

A ban on the operations of monasteries, churches, bars and nightclubs, sauna, motels and a varying degree of sports and cultural entities such as yoga, dance clubs and tourism remain in effect until March 30. The restaurants that do remain open in the city are on a mandatory 10 p.m. closing schedule.

Public trading centers that have been closed since March 10, such as the local-favorite Black Market, are now reopened.

While the U.S. struggles to monitor and test individuals flying back into the country, with articles such as this one from the Washington Post shedding light on how things are being handled (or more appropriately, mishandled), the U.S. and other countries could certainly take note of how this nomadic nation has managed to protect its citizens quickly, and seemingly, effectively in a time when people are scared and looking to their government for answers.

For more information on the coronavirus situation in Mongolia, I’ve written about my personal experience on my website at breannjwilson.com.

Original article was published on March 16 by Breanna Wilson, Forbes.

GOLDEN ROUTE FROM GOBI TO THE NORTH 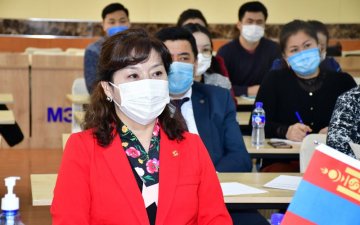 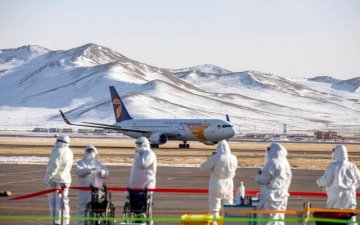 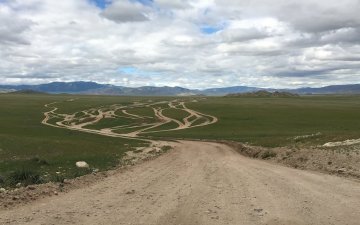 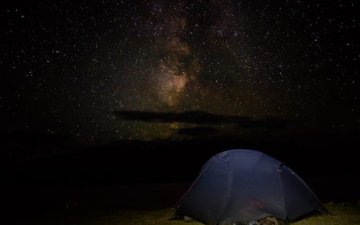 27 Incredibly Truthful Reasons Why You Should Never Go To Mongolia

And when you camp under the Milky Way, the stars are so bright that they'll definitely keep you up all night. #Fail. 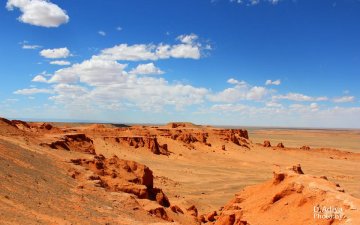 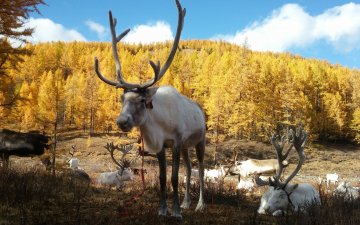 9 REASONS YOU NEED TO VISIT MONGOLIA IN 2018

Travelers often overlook Mongolia for its bustling neighbors, China and Russia. But in Mongolia—one of the world’s most sparsely populated countries—by venturing into the wild with epic horse rides through the valleys, climbing up to Buddhist villages and temples, hiking through the mountains, luxurious yurt stays under a canvas of stars, and homey dishes that are truly farm to table, one finds the perfect antidote to the intensity of, say, Shanghai or Moscow. Still relatively untouched by modern life, the country offers visitors a true look into life off the grid, but a slowly growing number of tour providers are making it easier to navigate the vast wilderness. Here, nine reasons to visit that will quickly catapult Mongolia to the top of your bucket list. 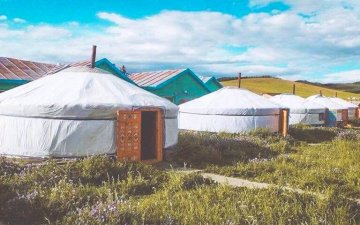 Reasons To Add Mongolia To Your Bucket List in 2018

Why should you travel to Mongolia?